Los Angeles (CNN) — Ad time for next Sunday’s “All-American Muslim” episode is apparently sold out, despite Lowe’s decision to pull its commercials from the TLC reality series, a TLC network spokeswoman said.

Hip hop mogul Russell Simmons announced his intentions Monday to buy up any unsold commercial time on the controversial show in response to the withdrawal of the home improvement giant. He would use the ads to promote his prepaid Visa “Rush Card,” he said.

“He has tried to buy,” TLC’s Laurie Goldberg told CNN in an e-mail Tuesday. “We are checking inventory. Still don’t know on that one. I do think it was already sold out, but still checking.”

If any ad time is left, Simmons said he was standing by to take it.

Simmons’ website posted a statement Tuesday saying “TLC has announced that Rush Card will not be able to purchase the remaining ad space as they have all been sold out.” 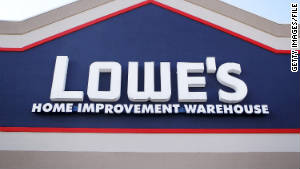 “Each episode offers an intimate look at the customs and celebrations, misconceptions and conflicts these families face outside and within their own community,” TLC said in the show’s description.

The controversy, and Lowe’s decision to pull their spots, followed a complaint by the Florida Family Association. The group warned Lowe’s in a letter that the show “is attempting to manipulate Americans into ignoring the threat of jihad and to influence them to believe that being concerned about the jihad threat would somehow victimize these nice people in this show.”

Lowe’s, a national home improvement chain, defended its decision in a statement to CNN last Saturday.

“Lowe’s has received a significant amount of communication on this program, from every perspective possible,” the company said. “Individuals and groups have strong political and societal views on this topic, and this program became a lightning rod for many of those views. As a result we did pull our advertising on this program.”

Simmons, who is an outspoken social activist, sent a series of Twitter messages over the last several days urging Lowe’s to reverse its decision:

“Dear @Lowes, we got over 21k signatures standing up against ur poor decision. Do right thing: apologize & put $ back in #AllAmericanMuslim”

Simmons called the controversy “a press nightmare” for Lowe’s in an interview with Entertainment Weekly.

“This country is built on religious freedom,” he said. “This is the kind of hate that tears this country apart.”